As I walked down the hallway with a very successful Operations Manager (Mike) of a large federal prime contractor, we were interrupted by an I.T. Manager. Our company was engaged to provide data cleansing and conversion on a multi-billion-dollar project. Apparently, having an outside vendor taking on the work did not sit well with the I.T. boss.

“Mike, we can handle the data conversion.”

As the unwelcomed (by I.T.) outside contractor, I asked the obvious question: “Then why haven’t you?”

He rattled off a myriad of excuses from: “We were engaged in other priorities”, “Our initial solution was a test case”, and “We needed more staff”. It was the “more staff” that killed it for the Operations Manager. The tell was clear on his face. Fiefdoms are built on such projects bloating organizations. Of course, I.T. needed “more staff.” In an age of doing more with less, this was the final straw for the Operations Manager. He was not having it.

“You had a chance. These guys’ area of expertise is data conversions.”

Good I.T. Managers and good Operations Managers know what their capabilities are and are not. They know when it is time to bring in outside help. For various reasons, not everyone makes the right decision.

The conclusion of the story is that we finished the data conversion, meeting all requirements, on time, and within the budget. The project won an award company-wide. The Operations Manager received a promotion. Regrettably, the I.T. Manager remained adamant that his team could have done it. 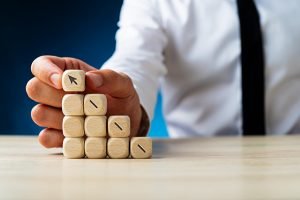 ​I ran into the same I.T. Manager years later on a different project where they had been stumped for over 1.5 years. He was more successful this time on keeping us out, but that stubbornness finally cost him his job. As you might have guessed, their current project was a failure. We ended up completing the geo-visual project, legacy data mapping job, again under budget and on schedule. He should have brought us in.  He could have saved time, money, embarrassment. – even his job.

I have witnessed the same poor results by internal I.T. teams at enormous nuclear power operators. One project went $12 million over on a $20 million budget before it finally pushed the CIO to fire staff and shut down a major application migration. It was a huge failure. Yes, we came in and completed the re-start of the project, again under budget and on schedule, because that is the type of work we do.  We do not try to manage the normal functions of an I.T. Department; that’s NOT what we do.  Just as you might hire a contractor for the more complex jobs around your home, it’s often wise to bring in the specialist.  It can save you untold amounts of grief.

Believing an internal I.T. staff can pull off major projects, which they have never completed prior is an enormous risk of budget, time, and resources that could be avoided. The more successful Operations and I.T. Managers know when to engage experts in a given area. Ask the question, “Why haven’t you done it already?”, and follow it with “When has your team done this successfully before? “It sounds like common sense, but millions in budgets have been lost, years in time have been lost, and careers have been derailed because experts have not been leveraged.

The next time a major technology project arises, be aware: Your I.T. department may have tremendous capabilities, but not the specialized expertise that the project requires.